The All Progressives Congress, (APC) is yet to get over the recent defection of the Senate President, Bukola Saraki.

No day has passed by without the party taking him to the cleaners.

On Thursday, the acting National Publicity Secretary, of the party, Yekini Nabena,  in a statement described Saraki as the worst Nigeria Senate President and must be impeached. 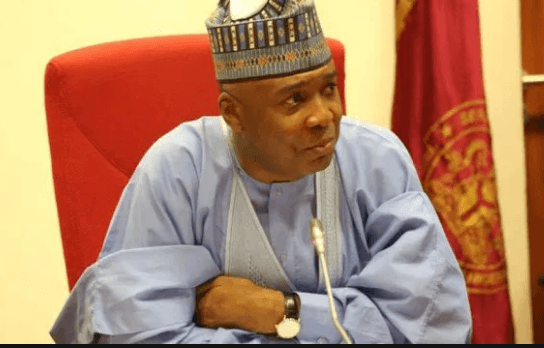 He urged APC senators to deploy every machinery in motion to make sure he is impeached.

“A traitor will always be a traitor, however, the time and place. The Senate must do everything possible to put Dr. Saraki where he rightly belongs – the back seat. He is definitely not a fit and proper person to preside over the country’s upper and revered legislative house.

“Even at this time that he has defected to the opposition PDP, and with APC still in the majority in the Senate, Dr. Saraki still has the impudence to present himself as the Senate President. Political ambition should be made of nobler stuff,” the statement maintained.

Meanwhile, Saraki in his reaction through his media aide dismissed the APC’s statement as a hangover from their failed “coup.”

Adding: “We can’t descend into the gutter with these characters. Apparently, they have not recovered from the shock of their Tuesday’s failed attempt to subvert democracy.”