Find Out The Top 10 richest Nollywood Actresses in 2018

The Nigerian movie industry, Nollywood, features many actors and actresses. It comes with fame and fortune. Some enter it and within a short while, they become everyone’s favorite, the likes of Funke Akindele and Adesua Etomi.

The more popular you are, the more you’re likely to earn hence increasing your net worth. The top 10 richest Nollywood actresses in 2018 are very popular and some of them have occupied the top chart for long, they include: 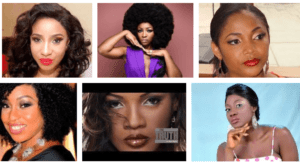 Having featured in over 100 movies, Rita Dominic is an icon in Nollywood. Her wealth and her incredible professional achievements make her outstanding and definitely worth the top position. Her estimated net worth is approximately 950 million Naira. She presently tops the chat of Top 10 richest Nollywood Actresses.

Genevieve Nnaji is famous, elegant, wealthy and a role model to many. She was the first lady to be awarded ‘Best Actress’ honor. Her net worth is approximately 850 million Naira.

Mercy Johnson is a stunning character. She is dynamic and can fit into any role. She is one of the richest female actresses in Nigeria, and her impressive net-worth of about 600 million Naira speaks for itself.

Omotola has been in the industry for a very long time and has been ranked higher in previous years. She has a very large fan base made up of both the young and old. She is extremely popular with over 300 movies in her career archives and several impressive awards. Now, her net-worth is about 550 million Naira.

Funke followed a comedic strategy in her career and this made her very popular. She is talented and original. Her net-worth is over 500 million Naira.

Ini is also one of the richest female actresses in Nigeria. She has played interesting roles and is famous for her acting in over 100 films. She is worth approximately 450 million Naira.

Danielle has featured am the main star in several Nollywood movies. Besides being a popular actress, she also works in the entertainment sphere and earns alot which is estimated at nearly 400 million Naira.

Like other famous stars on this list, Clarion is gorgeous and wealthy. Her success and her popularity have brought her net-worth of approximately 400 million Naira. Besides, her fans love every new movie that features Clarion, and Movie Academy recognized such success by awarding her the most prominent roles.

ALSO READ:   Understanding the Structure of the Nigerian Financial System

With over 40 years experience in Nollywood, Patience Ozokwor is very popular and still very much active. Who doesn’t know Mama G? This is her nickname, and she can boast of approximately 400 million Naira net-worth. With many prominent awards and outstanding career, Patience Ozokwor is respected and loved by millions of her fans all over the world.

Mary gets incredible roles and deserves her popularity and wealth. It is believed that her net worth is up to 400 million Naira.