People are always leaving their homeland in search of greener pastures. They believe their fate will change if they leave their country. This is true for some people but doesn’t work out quite well for others.

Given that some developed countries provide better security and higher living standards, people from poor countries seek to become citizens by all means.

A greater percentage of Nigerians are seeking asylum abroad now more than ever. This desperate move is due to increased terrorist attacks and deteriorating living standards. Among the list of countries that Nigerians migrate to, USA and Canada top the chart. 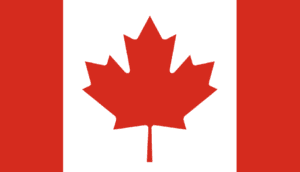 As a matter of fact, it has been discovered that many Nigerians go for US visa with the intention of crossing over the Canadian border later on. The reason why Nigerians are moving to Canada is not far-fetched viz. the country is highly developed and democratic. The country also provides a safe haven for families.

Meanwhile, within recent years the number of Nigerians seeking asylum in Canada are increasing sporadically. And the host country seems no more comfortable with this trend.

And thus, birthed this check. However, before now, many of those seeking asylum in Canada were refugees from Haiti and these people were hurrying to take advantage of their protected status available in the US due to the claims of President Trump. Although Trump has promised to complete the Haiti specialized refugee program by the end of 2019.

The Nigerian immigrants on the shores of Canada amongst others have risen to a number that worries the government of Canada. Reiterating that it is much easier for Nigerians to access US visa than Canada and that the US is just a springboard for them to cross their border. Therefore, they pretend to travel to the US, remain there for a short time and head to Canada.

To put a lid on this development, the Canadian government have sent officials to Nigeria to investigate the process of issuing of US visas; since it affects their country indirectly.

The first and foremost goal of the Canadian government is to provide safety for Canadian citizens. The governmental officials claim that they are into strengthening their borders but this doesn’t mean that Canadians will reduce their sympathy towards those who really need the asylum.

The government promised to create new control points on the border that will accept refugees and their families, give them shelter and support while they will be applying for asylum in Canada.

With the aforementioned, it clears the panic on the rumored shot down of the borders of Canada against Nigerians. The check is rather a control measure. So, still feel free to apply for asylum in Canada or be taken in as a refugee while you wait to be granted an asylum therein.