Contrary to reports that Ebonyi State was among the nine states mapped out by Federal Government for ranching, Umahi has revealed that there is no land for ranching in Ebonyi.

He said this while briefing journalists at the executive chambers last Wednesday, June 20, 2018, after meeting with security chiefs in the state.

Gov. Umahi made it known that even the so-called ranching at Oshiri, does not exist, adding that no land was acquired by Federal Government. “Federal Government never acquired any land in Oshiri. They said they had a cattle ranch there, but I have checked through everywhere and I have written to the Minister of Agriculture to give us a paper that entitled them to the so-called ranch but there is none, so there is no land that belongs to anybody.” 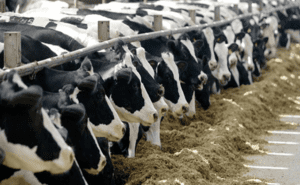 “And let me make it very clear as the Governor of Ebonyi State, that there is no ranching anywhere in Ebonyi State on behalf of a Federal government.”

“What we have done as the chairman of mediation committee is to recommend that there are ranches that are gazetted in the North, especially in Adamawa, Kaduna, Nassarawa, Plateau, Taraba, and Zamfara. And that any state government that is willing to work with the Federal Government on these gazette ranches should be encouraged through the system of government borrowing money, which is Anchor Borrowers Scheme.”

“Federal Government has taken over no land from anywhere in the country and has not forced any state. Any state that is willing to practice ranching whether on private business or federal government, they will now have to borrow money, so there is nobody in the country, no state has been forced to give any land for ranching and there is no ranching in Ebonyi State.”

“We wouldn’t stop mischief makers who are drumming for war to continue to deceive themselves in the name of politics,” he maintained.

On renaming of Abakaliki Street in Anambra by the State Government, Umahi said his government is not happy with it while appealing to Ebonyians in the area to remain calm. “In Ebonyi State, and in Abakaliki capital city, in particular, we have over 70 names of Anambra people that are within the capital city. And our capital city remains the most beautiful city in this country and we have not only maintained their names, we have also tarred all the streets and we are putting street lights, we are putting water and we have not changed the names.”

“We dispatched 12-man team led by Secretary to the State Government to go and see the Governor of Anambra State and Ohaneze President should be contacted as well as his Deputy, while the state delegation will lead them to let him (the Governor) know the implication of doing that.”

“We had to calm our people because they were very restive that I must change the 70 names that are here and the implication is that if you succumb to that, it will lead to conflict.”

“We have been able to do away with indigene and non-indigene in Ebonyi State, we do not want it to come back and so we appeal to our people to understand that we are doing everything possible and we have very high hopes that the Governor will see reasons to reverse that decision, we are very optimistic.”

“Let me appeal that Anambra people, Imo people wherever they come from are already part of the state and Anambra people in particular that are in the state have expressed disgust to such act and have called for the reversal,” he reiterated.