Igboland Before Colonization: Long before British colonization and independence, Nigerians lived peacefully within various ethnic groups.The Igbo tribe was very large and occupied the Eastern part of the country. This fact still remains the same till date but a lot of things have changed especially in the area of politics and administration.

Igbo people, from ancient history, preferred a system without any centralization. They didn’t have one leader and its political decisions weren’t based on one or several chiefs or a king. Igbo people preferred village by village rule as well as direct democracy. All habitats could take part in discussions and help in making the final decision. 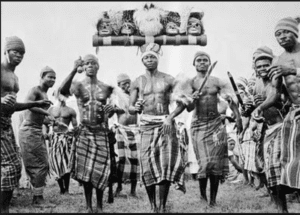 The Council of Elders held legislative, executive and judicial powers.  It consisted of representatives of every family that lived in a particular territory. Each representative had its own name in the council, which sounded like ‘Ofo.’ Of all the elders, there was a member respected by others the most. Usually, it was the wisest and most senior person who was called ‘Okpara’. He can call a meeting and be the judge if need be. However, he wasn’t treated like a king or president. His voice alone wasn’t powerful and couldn’t make decisions without the voices of all the Igbo families in his village.

ALSO READ:   Preparing For NYSC Orientation Camp | What You Need To Have

Igboland Before Colonization, the Council of the village was responsible for settling disputes and arguments, punishing people who disobeyed rules, guiding the community of village. It was autonomous from other villages, and its meetings were attended by all male adults who lived there.

Besides, there were several groups that formed different political institutions within the village:

The Ozo – these were the most influential representatives of the village (usually, this title was awarded to the most popular and influential men).

Ala – these were priests who seen as the mouthpiece of Igbo gods (Aro, Ogbaegbu, Amadioha, etc.)

The Ozo and Ala could give advice to Okparas, provide assistance with maintaining law in the village and participate in all the meetings. However, none of these groups could perform judicial, executive and legislative functions on their own because these were collegial decisions only.

Obviously, Igbo tribes didn’t follow ‘traditional’ forms of government in ancient times. They didn’t have Kingdoms and Empires. The Council of elders, groups of people (Ozo, Age grade, and priests) formed the Town Assembly called Oha-na Eze. Everyone from the tribe ruled in their small villages and respected the beliefs and traditions of their ancestors.